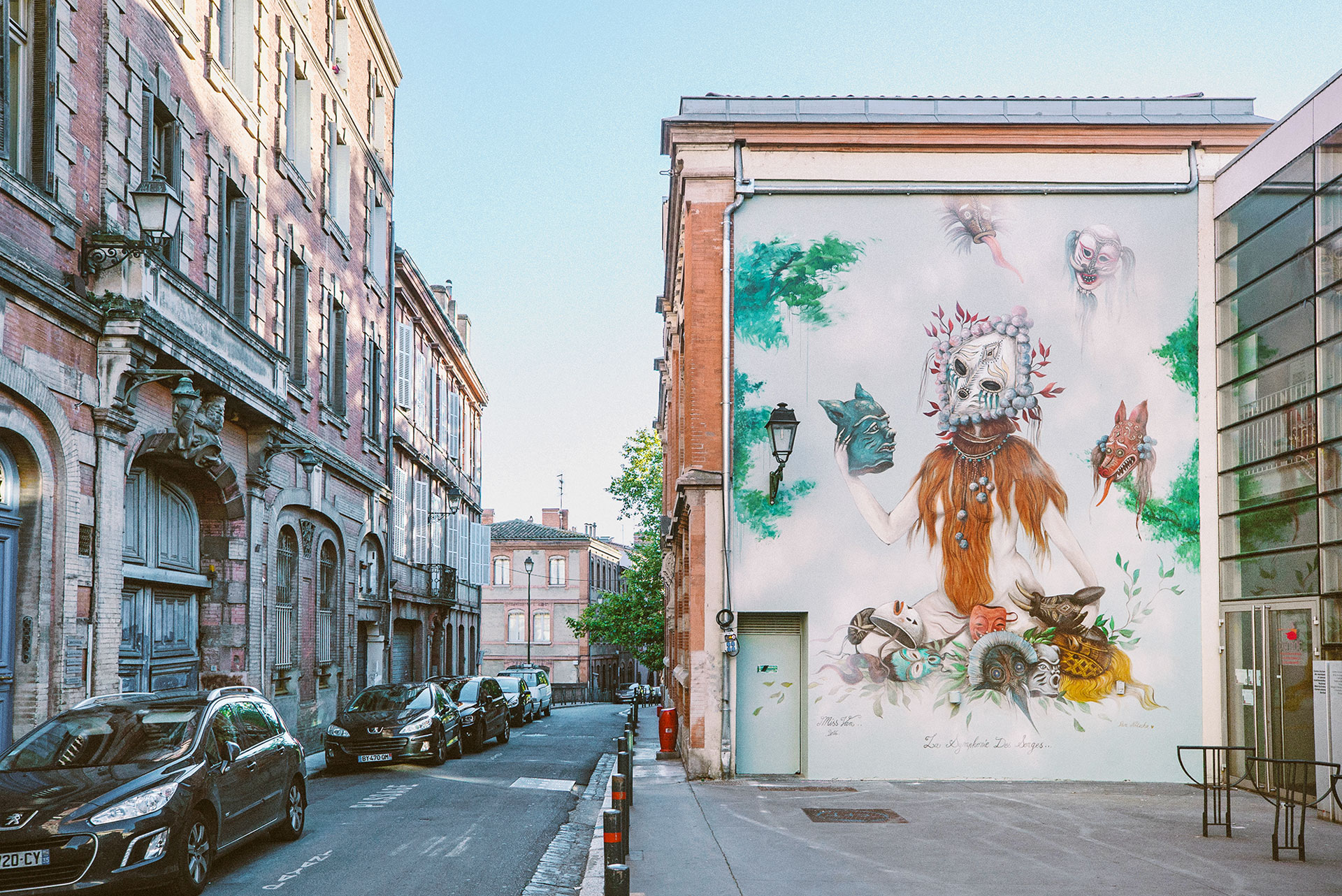 Miss Van, Vanessa Alice Bensimon (also known as Vanessa Castex) is a French artist, considered one of the best known painters of the graffiti scene, and best known for initiating the feminine movement in the Street Art.

Women on the Walls

Originating from Toulouse, France and having spent most of her artistic life in Barcelona, Miss Van has traveled the world painting her instantly recognizable women on the streets, as well as on canvas. She has exhibited extensively for decades worldwide in Europe, USA and Asia.

Miss Van is a twin, but unlike inseparable street painter peers Os Gemeos, she and her sister weren’t a lifelong team:

«I was always the shy one, drawing all the time, and she was more social, talking with people.»

As teens, she and her sister moved away from one another to lead separate lives. «People compared us all the time—we were ‘the twins’ all the time, » she recalls. «I really needed to have my own identity. I started to paint in the street at this moment when I split up with my sister, when I was 17.»

Her drawings are of sloe-eyed women, covering a varied array of female forms and expressing many different emotions. Her work has provoked a negative reaction from some feminists due to the portrayal of women in her graffiti. Although she receives this backlash, her reasoning for her painting is more personal. «Painting on walls was a way to show that I was boycotting the conventional art world»

In France, a very original form of graffiti was born in 1993 with Miss Van and Mademoiselle Kat. Miss Van is just one facet of the thriving graffiti scene in Toulouse, but she has probably gained the most worldwide acclaim for her work. Her sultry female characters began to pop up on city center walls. They instantly possessed a timeless quality, as if women had always painted such graffiti in the streets. Since then, her characters kept evolving, becoming less cute and more dangerously alluring – their sexy aura made all the more complex by their increasingly ambiguous facial expressions.