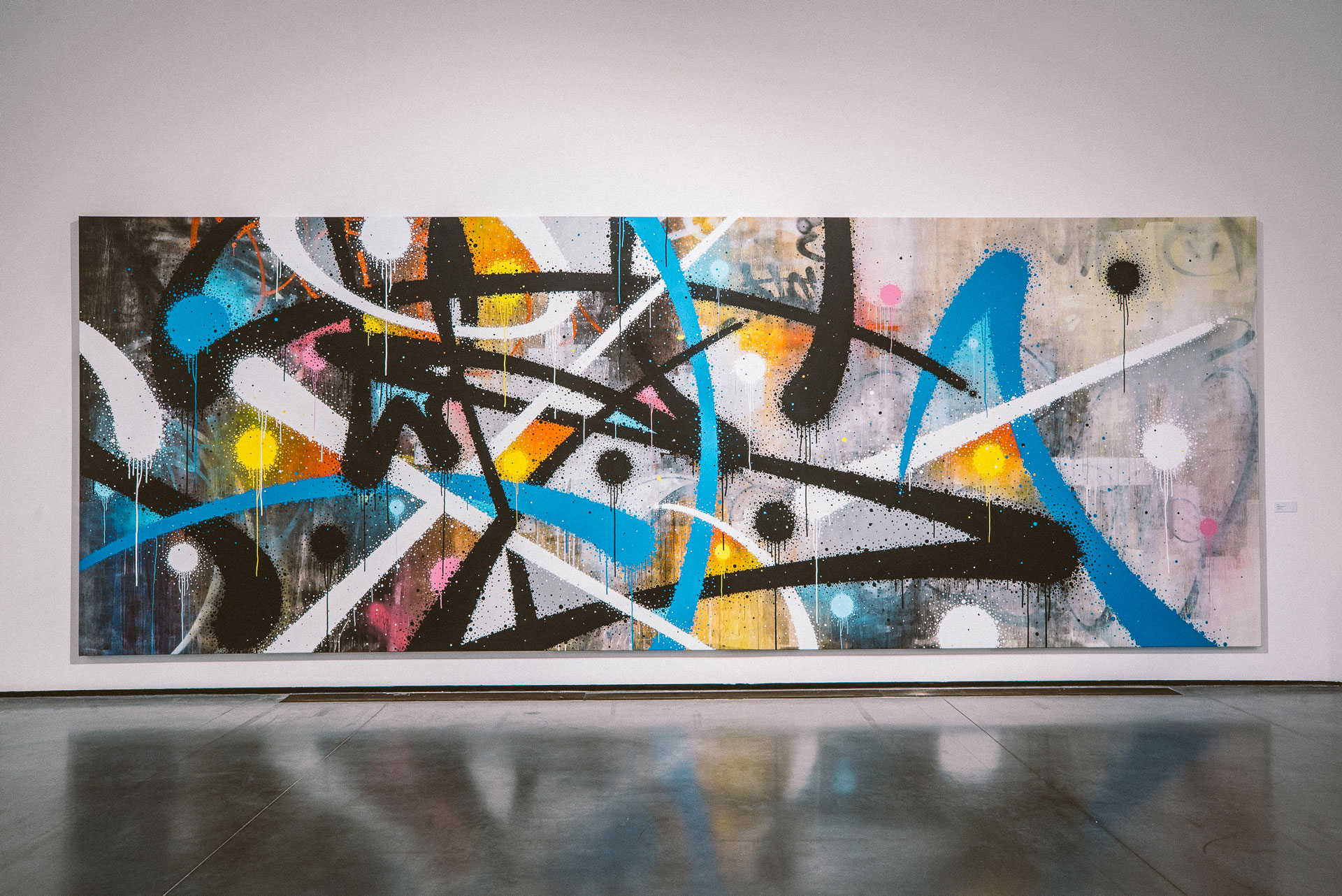 The artist was born in Paris in 1972, Guillaume Lemarquier alias Mist, has been passionated since his teenage years for graffiti art, prime urban artistic expression.

It was in 1988, along the railways of the RER, that he discovered the colorful murals, or «burns» as we called it back then. The immediate impact of the graffiti profoundly scared him. This encounter orientated his work as barely a year after, he achieved his first wall.

Mist belongs to the second generation of graffiti artists from the Parisian school and he devotes himself to the «wild style» lettering without leaving behind the essential characters of the period to the murals. In 1991, during the Graffiti Art Exhibition at the national Museum of French Monuments he exposed paintings on cutted wood beside internationally reputed American artists such as Futura, Rammellzee, Keith Harring or even Jean-Michel Basquiat.

Mist is part of these rare artists that come from urban art. He has declined his talent on walls, canvas and volumes. In 1995, when he left the Etienne school, his taste for sculpture encouraged him to train himself to this discipline at Bombyx’s, a Parisian studio known for its licensed collectible figurines but also for its productions with independent artists. It is with them that he achieved, a year later, his first figurine inspired by his fetish character, a facetious greemlins that he has painted all around the world.

Naturaly, it led him to start taking interest in the «Designers toys» phenomena or «jouets d’artistes». In 2000, he created Bonustoyz with a friend and he produced a tens of toys under this label. He also collaborated with Medicom toys, Artoyz and Kid Robot on various projects. Mist is considered to be a pioneer of this genre – his figurines are collected in most of the countries of the world.

Nevertheless, Mist did not give up on painting. He has even devoted himself to it for three years. And if his work drew its energy in the graphic codes of graffiti, it has also been scared by the years spent on the benches of the Art school where he learned. In his almost assumed forties, the work of this polymorphic artist has matured and each of his new series of canvas keep on surprising us.

His recent personal exhibitions in the Le Feuvre, David Bloch and Speerstra Galleries allowed contemporary art amateurs to discover, or rediscover, the work of this artist who managed to connect contemporary and urban art.

Today Mist fully devotes himself to his creation in his studio in Montpellier where he has been living for ten years with his wife and his two children.